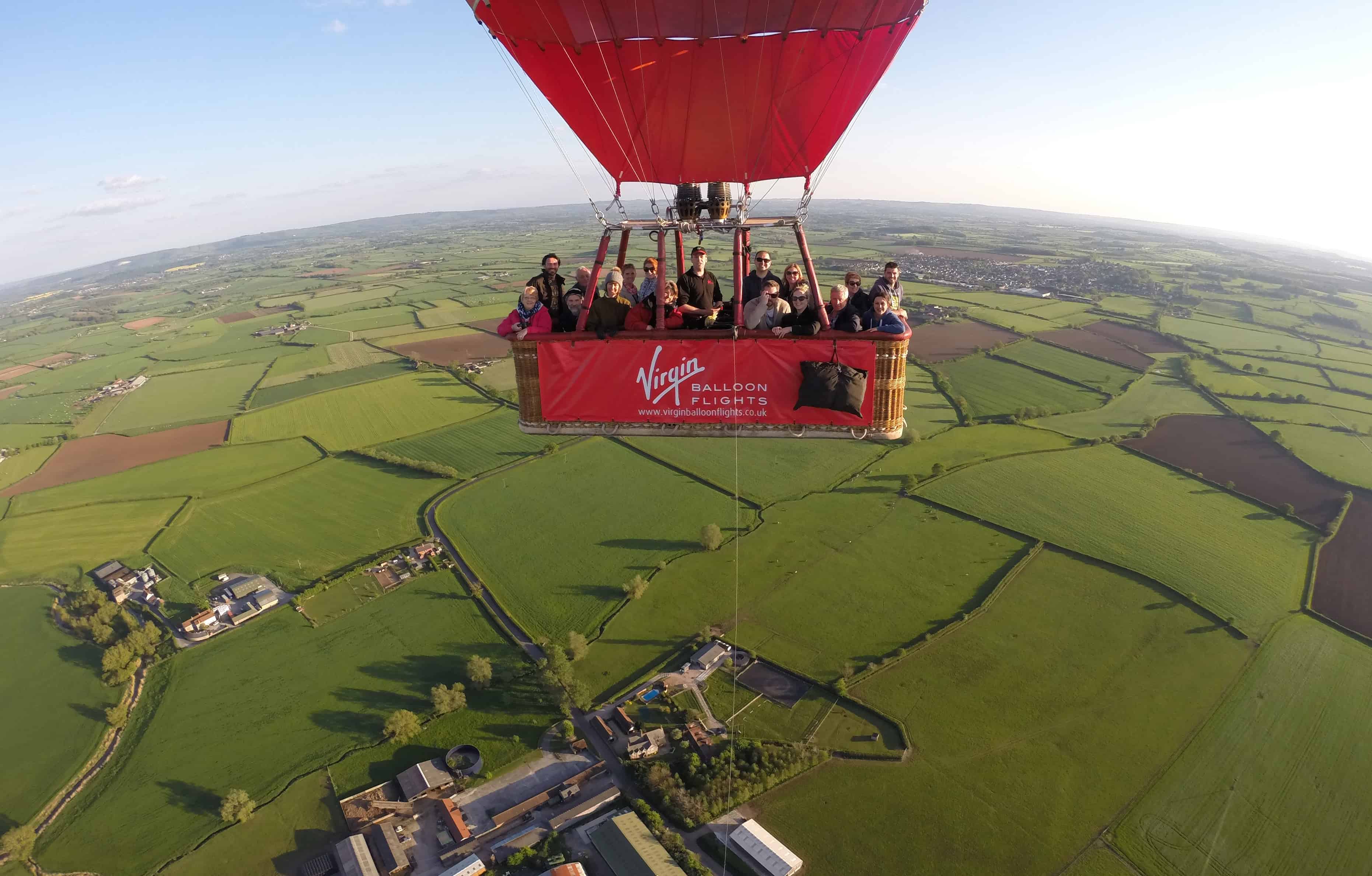 Destination Just for Us UK

Up, Up and Away with Virgin Balloon Flights

For years going up in a Hot Air Balloon was top of my bucket list and I dropped so many hints to Hubby about it that he completely ignored that I thought it was something I would have to book myself.

Finally for my 40th birthday he bought us the opportunity to go up in a Hot Air Balloon with Virgin Balloon Flights and I couldn’t wait to book a date.
I wouldn’t normally start a post with a negative but I have to admit that I found the whole booking process frustrating, although it is no fault of Virgin Balloon Flights who did their very best to help us and make things as pain free as possible. I found the places they flew from quite restricting and all the dates we were available they either fully booked or Hubby was working. The staff advised us when flights were released for each location, in our case every Wednesday at 5pm, and to login as close to that time as possible as they were snapped up almost immediately

Using this system I finally had our flight booked and we were really excited. We were instructed to call the flight line to check if the flight was going ahead a few hours before hand, as they need to be sure the weather conditions are favourable. Sadly I seemed to book our flights when the weather was atrocious and our flight was cancelled not once, but seven times.

I always dreaded phoning the flight line as I was literally stalking weather forecasts each time we booked and knew the answer before we heard it but finally, 99 weeks and 1 day from when I received my gift our flight, we were good to go!

We set off from home on Saturday to get to Henstridge Airfield at 6.30pm, although arrived super early with no sign of a crew or a balloon but were reassured that we were in the right place as other passengers started to arrive. I have to admit that I had assumed the balloon would be ready to go, in  we climbed and off we went, but we had to muck in and help unpack it and get it in the air.

Richard, our pilot, and a colleague arrived and immediately put us to work getting the fans and basket off a flatbed lorry, before laying out the fabric that would be our balloon on the field. I loved that we got to be involved in the whole process and it was fascinating seeing how everything was done.

The first thing we had was a safety briefing, followed by spreading the balloon out on the floor whilst Richard attached all the ropes and wires to the basket.

Once it was all attached and spread out it was time to inflate it with two giant fans. Hubby bravely volunteered to help hold the balloon open to get the air inside, with another volunteer the other side and a couple holding a rope at the top of the balloon.

I did look nervously on as Richard lit the burners to warm the air inside the balloon as Hubby was really close to the fire and he did admit he got a little warm doing it, but soon the balloon itself was in the air and we were ready to board.

Clambering inside a huge basket is not the most graceful of things to do but we all helped each other inside. At this point the basket was still attached to the flatbed truck and you could feel it trying to pull away. Richard took us through another quick safety briefing and we all practiced our landing positions before being released.

Drifting gently into the air was probably the most magical experience I have ever had. It was incredibly peaceful and we were soon high above the fields below. It didn’t feel like we were flying and there was no fear of heights at all.

We could hear animals below such as dogs barking and the occasional roar of the burners but other than that it was silent and relaxing. The views were quite spectacular and we could see as far as Southampton to the East and Glastonbury Tor to the West.

We rose to around 2000ft at our highest point and drifted along with the wind for around 75 minutes before it was time to find a landing spot.

Richard made sure he didn’t land in a field of crops or with animals in and soon identified a large green field to land in. We came down as gently as we took off and assumed the landing position which involved sitting on a padded seat and leaning into the basket wall. We touched down and bumped off the ground gently two or three more times before coming to rest – a perfect landing apparently. Richard then let the air out of the top of the balloon to help it fall down to earth.

Once we had got our of the basket it was time for a quick photo before helping pack it all away again and we started off by trampling over the balloon to get the remaining air out.

Deflating and repacking a Hot Air Balloon is an art in itself but I was really surprised by how little time it took. With most of the air out we gently folded it in to a compact strip ready for it to be put back into its bag.

It took everyone’s help to get the balloon into the bag, with the ladies pushing it in and the gentlemen lifting it in bit by bit. We had to stop at one point and all sit on the bag to get rid of the air that was still inside. By this time Richard’s colleague had arrived with his lorry to help.

Once everything had been winched onto the lorry we were treated to a glass of Champagne to celebrate our flight, which was much-needed after all that work.

The final journey of the trip was a minibus ride back to Henstridge Airfield to collect our car and head home. It really was the most magical trip and I would do it again in a heartbeat, despite the trouble with booking the flight itself. I only wish we were flying for longer.

Have you ever been up in a Hot Air Balloon?