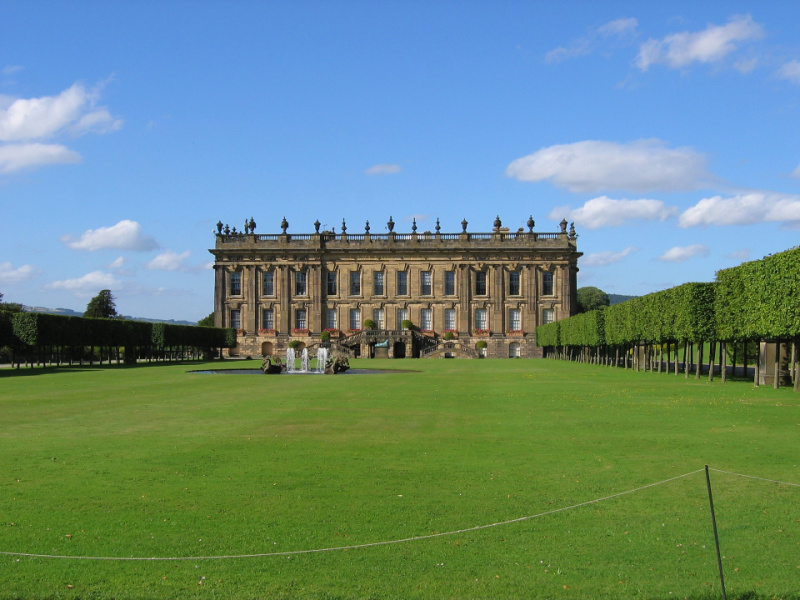 There’s nothing like losing yourself in the world of a good period drama. From the lavish costumes and good-looking actors to the dramatic and romantic storylines, they’re escapism at its finest.

The one thing that unites them all? Stunning stately homes with acres of perfectly-landscaped grounds, grand dining halls and cosy libraries.

The great thing for period drama lovers is that it’s possible to visit most of the UK’s most famous properties, allowing you to recreate your favourite film shot or channel your inner Elizabeth Bennet. Below we’ve rounded up ten must-visit locations from iconic TV series and films. So don that bonnet or top hat and get exploring.

This striking Grade-I listed country house with a 5,000-acre estate is instantly recognisable as the setting of the beloved TV series Downton Abbey, with the interiors, exterior and grounds all used in the show. While you’re there, make sure to check out the permanent Egyptian Exhibition too.

As well as serving as Mr Darcy’s home in the 2005 film adaptation of Pride and Prejudice, Chatsworth House is actually mentioned in the novel itself, so it’s a perfect day out for Jane Austen obsessives. Non-fans are sure to be captivated too, thanks to the property’s gorgeous river setting, water features, neoclassical sculptures and Old Master drawings.

Keeping with Pride and Prejudice for a moment, Lyme Park is for fans of the BBC miniseries, in particular *that* Colin Firth lake scene. Again, there’s plenty else to do, including a visit to the deer park, Dutch garden and Orangery.

Not, in fact, a castle, this stately home 15 miles north of York is a true showstopper, with over 13,000 acres of land on which there are 200 listed buildings and monuments. It’s best known as the Flyte home in two versions of Evelyn Waugh’s Brideshead Revisited, but more recently served as the Duke of Hastings’ family seat (and the setting of some steamy scenes) in Netflix hit Bridgerton.

This impressive ‘prodigy house’, not far from London, was built in 1611. Do some research ahead of your visit, as it has hosted numerous film crews inside as well as serving for exterior shots; you’re most likely to recognise backdrops from critically-acclaimed royal drama The Favourite.

A good one if you’re bringing kids in tow, Alnwick Castle has not only featured in two Downton Christmas specials (as Brancaster Castle), it’s also a major location in the first two Harry Potter films. Look for the Outer Bailey where Harry learns Quidditch, the route to Hagrid’s hut, and the spot where Ron crashes a flying car.

Described as “one of the last great houses of London”, Syon House offers landscaped gardens, historic artworks and a famed conservatory. Many productions have filmed there, most recently Netflix’s Bridgerton for the Duke’s study and dressing room.

Get your slinky green dress ready, because Stokesay Court is the Victorian mansion that’s home to Keira Knightley in Joe Wright’s Atonement. Less imposing than the other properties on this list, it’s still a charming, Grade-II listed building surrounded by beautiful woodlands and a lake.

Home to the longest Long Gallery (a high-ceilinged hall full of paintings) in England, this Elizabethan mansion featured in the country scenes of director Ang Lee’s popular take on Jane Austen’s Sense and Sensibility.