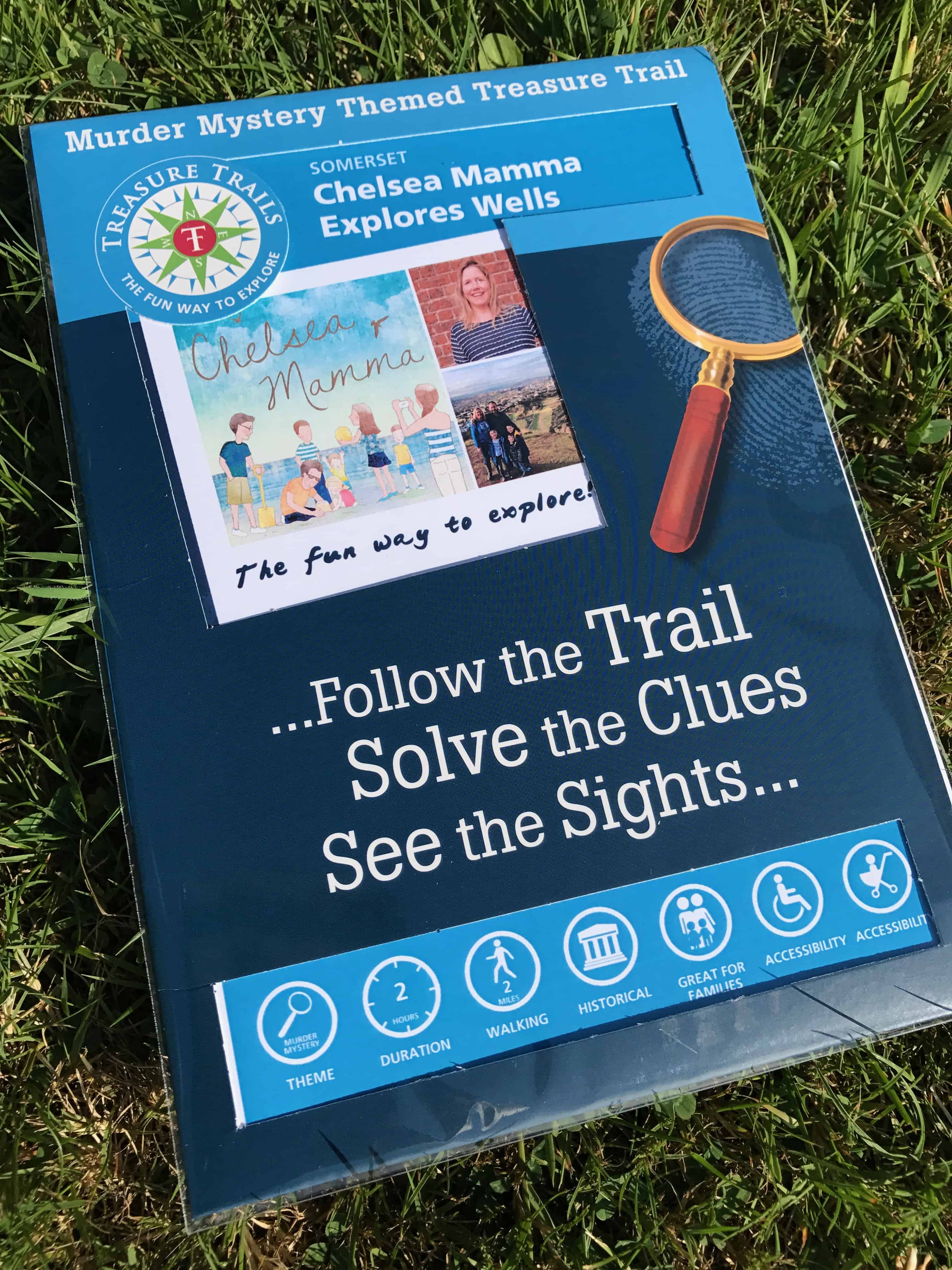 A Treasure Trail around Wells

I have been wanting to visit Wells in Somerset for ages, but never quite made it……..until now.

Wells is the smallest city in England, nestled at the foot of the Mendip Hills, and famed for its medieval architecture and for being the stage for the brilliant film Hot Fuzz.

The one thing that worried me about wanting to explore a town, was that the kids would be bored and spoil it, but we went armed with a Treasure Trails challenge which kept them occupied as we explored and enjoyed everything the city had to offer.

The treasure trails challenge is an imaginative way to explore towns, cities & villages across the UK with a self-guided themed walk. The route was easy to follow and took us to places we would never had explored to enable you to crack the clues whilst taking in some of the most fascinating sights along the way and we started outside the town hall.

Our first port of call was Bishops Palace where, legend has it, that in the 13th century, Somerset was terrorised by a frightful dragon who liked to eat milkmaids and other unsuspecting villagers.  Bishop Jocelyn – who built The Bishop’s Palace – bravely ventured out to kill the dragon. After a mighty battle, as the dragon breathed its dying breath, it cast an eternal curse on the villagers – that if they ever forgot about it, the creature would return every 50 years……. hence this mosaic of the story.

The treasure trail led us all around the outside of the palace where we found clues around every corner to try to solve a cluedo like murder mystery by using names and dates and plaques.

The palace is surrounded by a moat and the kids loved spotting the fish in the water and the water was so clear that you could see the ducks as they dived below the surface.

Wells is stunning city and solving the clues as we walked around kept the kids occupied as we enjoyed the sights.

Some of the clues were easy to solve and others a little more challenging as they led us through the High Street and to St Cuthbert’s Church, which featured heavily in the film Hot Fuzz.

One of the answers we had to find was at the church and we could not find it, but luckily you get up to three cheats and can text to get the answer.

From St Cuthbert’s the trail led us around the back of the High Street and towards The Cathedral Church of St Andrew.

Just across the road from is Vicars Close which is claimed to be the oldest purely residential street with original buildings surviving intact in Europe.

With manicured lawns and symmetrical houses it is quite simply stunning and in my opinion outshone the Cathedral.

The trail then led us back across to the cathedral whose architecture which is entirely Gothic and mostly in the Early English style of the late 12th and early 13th centuries.

We were going to head inside but by now the kids were really hot so we decided to find the final clue and treat the kids to ice creams.

We all thoroughly enjoyed taking part in our Treasure Trail around Wells and when we got home we headed to the website to see if we had solved the clues correctly. Thankfully we were successful and got to print out a certificate to prove it.

The Trails are great for seeing a location from a new perspective, whatever age, whatever the weather and can be downloaded anytime day or night for you to print off at home, or they can pop one in the post for you. There are over 1000 trails to choose from, so should be one near you!

Priced at just £6.99 (plus any P&P), you only need one Trail booklet per family/group of up to 4-5 people and enter your answer online for a chance to win £100!

Have you visited Wells?