We are big fans of pantomimes and visiting the theatre is always one of the highlights of this time of year.

We were invited along to Lighthouse Poole to go and see their latest Christmas offering – Dick Whittington and were not disappointed.

Produced by Peter Duncan and Duncan Reeves from Duncan Reeves Productions, who are at Lighthouse Poole for the third year after the success of Aladdin and Cinderella, they are joined by CBeebies star Chris Jarvis as director, co-writer and star of the show!!

This rags to riches tail starts with a bang as Fairy Bow Bells (Charlotte Knowles) arrives on the stage with a bang to introduce us to the story and the characters as they made the journey from Poole to Olde London Town and then across the sea seeking fame and fortune.

We instantly fell for the mischievous, acrobatic cat called Tommy (Sammy Phillips) who did its best to rid the streets of rats, but it was King Rat, played by Craig Rhys Barlow, who we all loved to hate every time he came on stage to plenty of “boo’s and jeers”.

We have seen Chris Jarvis in Pantomime before and he is certainly at brilliant best this year. There were plenty of local and topical jokes and a little bit of cheeky innuendo to keep the adults chuckling along, whilst the kids were caught up with all the antics going on, on stage.

The pantomime dame – Dame Dolly Donuts provides the slapstick element of the show and is expertly played by Dereck Walker, whilst Richard Gibson (Herr Flick from ‘Allo ‘Allo), is back again as the slightly dopey but loveable father, Alderman Fitzwarren, of Alice (Katie Arundell), Dick’s love interest.

Like any good pantomime, the show is packed full of music and dance and all the songs were classic hits that everyone could sing along with. There was even some flossing for the older kids and an underwater puppet show which rolled into a brilliant rendition of ‘Baby Shark’, which had the whole audience joining in with. Well – if X-Factor can do it……….

The sets were colourful and fun, with lots of changes to keep you interested and the show is perfectly timed at an hour for each half, with a 20 minute interval in between.

Just like their previous productions, they got the pantomime just right. It is a traditional offering which doesn’t rely too heavily on modern technology and bounces along at the perfect speed – we loved it!!

Beware, you may burst into their brilliant, but slightly cheeky rendition of the 12 days of Christmas after seeing the show……it’s currently the favourite song in our house now!

Dick Whittington is running at Lighthouse Poole until 31st December and costs from £23.25 for adults and £16.50 for under 16’s. Find out show times and ticket prices here: www.lighthousepoole.co.uk/whats-on/2018/dick-whittington/ 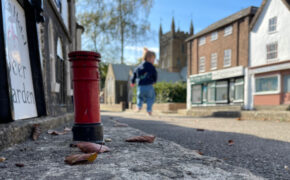 A visit to Wimborne Model Town and Gardens 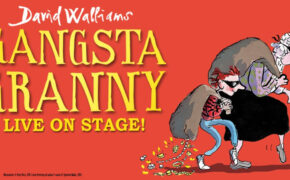 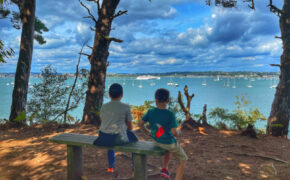 A visit to Brownsea Island with Dorset Wildlife Trust