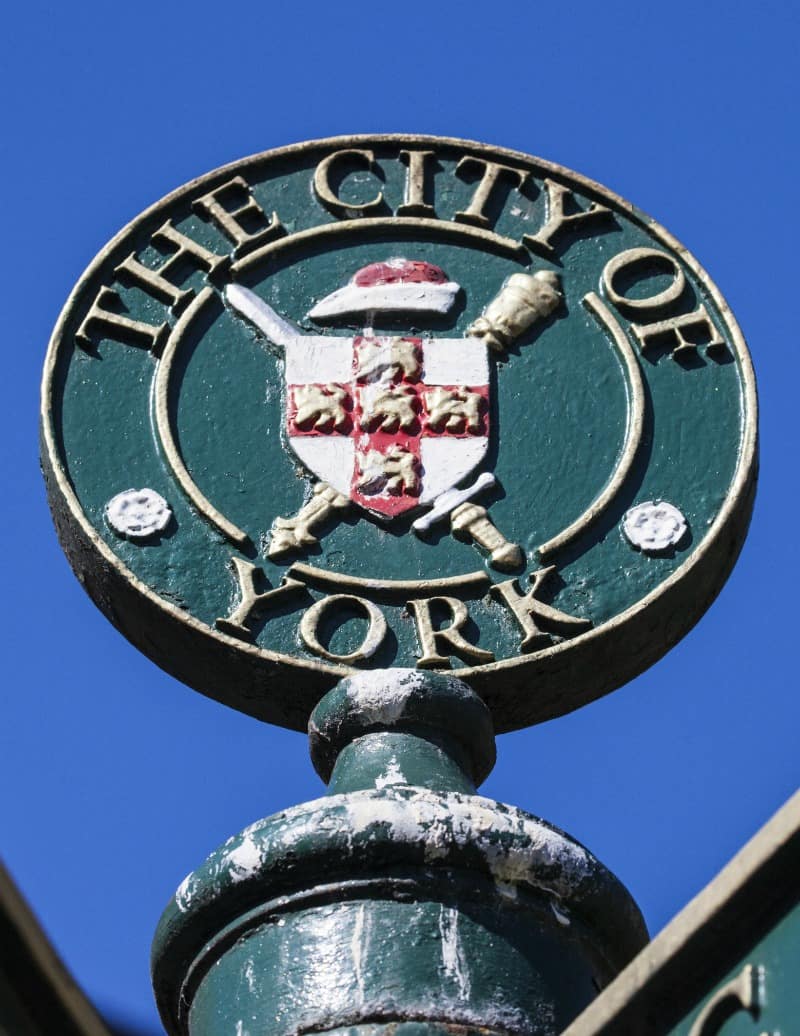 I have wanted to visit York for some time, but living on the south coast it is too far away for a day tree and even a weekend break is a bit of a stretch, so when we ventured to the Yorkshire Dales for a family walking holiday, we added a day to our trip, so we could pay a visit.

My fascination with York began when we learned about Vikings in school and now, with the kids learning about British history, plus our fondness for the show Vikings on Amazon Prime, we went in search of some Viking history.

York Archaeological Trust has five unique heritage attractions in the city of York and you can gain entry to all of these with a JORVIK Group Pastport which gives you 12 months entry, so can return for FREE.
These attractions include the JORVIK Viking Centre; DIG: An Archaeological Adventure;  Barley Hall, The Richard III & Henry VII Experiences.

We started our adventure in Dig, which is set in St Saviour’s Church, just a short walk from the city centre.

DIG: An Archaeological Adventure takes the subject of archaeology, and presents it in a hands-on, exciting way for kids of all ages to get stuck into!

You can book a time slot online, or just turn up and enjoy the free play area before the next tour, which run every 30 minutes.

The first port of call is a classroom type room, but this is no boring lesson; instead an interactive Q&A session where you learn the difference between an archeologist and a paleontologist and discover some very cool relics discovered in York before collecting your trowel and heading out to discover your own treasures.

It is then time to learn as you play; digging and searching through history in four specially made dig pits, based on real-life digs in the city and filled with replica Roman, Viking, medieval and Victorian finds, and adults are positively encouraged to join in the fun too.

The archeologist guide is on hand to help you identify what you have found and help you piece together what it would have been like to live in past, before you move on to the next pit and best of all – there is no mess.

Once we finished our dig, the kids got to get hands on with history and actually touch finds from previous York Archaeological Trust digs, including pottery, bone and even antlers.

Firstly we had to sort the red tray and see if we could identify the different items we had found, with the archeologist talking through what the artefacts tell us about the lives of people who used them.

It was then onto the bone tray and a challenge to see if we could identify the animals the bones came from. Of course the kids were most excited by the discovery of Viking poo, which was only a cast of one that we would be seeing in the Jorvik Centre later in the day.

Once you have finished the tour, you are free to explore the rest of the centre, which is full of more fascinating finds and exhibits from the city.

The kids absolutely loved it and it was the perfect set up attraction for the day ahead.

Rediscovered behind a ruined old building in the 1980s; Barley Hall is trickier to find but a must visit if you visit York.

Barley Hall, a reconstructed medieval townhouse, was once the home of Master William Snawsell, the Lord Mayor of York in the middle-ages and each room has been decorated to look exactly how it did over 500 years ago.

I was worried that it might not have captured the kids imaginations like DIG, but they adored exploring the house.

Our first stop was the great hall, with its high ceiling, timber frames and tudor decor. It was set up to look like a banquet was about to be served and the kids loved the chance to dress up and play the part.

On the first floor is the gallery and great and lesser parlours which are full to bursting with interesting things to see, including the famous ‘horn window’ which are made from horns that are soaked in water for three months, flattened and assembled into a window that would let in some light.

A Tudor style tent is set up in one room with episodes Horrible Histories showing on screens for the kids so adults can wander around and read all the information about what is on display.

During our visit, the costumes from BBC’s Wolf Hall, Historical drama chronicling the rise of Thomas Cromwell, were on display.

Also on the first floor is a medieval bar, with fun Tudor games for the kids to try and lots of items that could be found in a Tudor house to touch and explore.

As well as the wall plaques, there were fun fact sheets hidden around the house, full of child-friendly interesting facts about Henry VIII, waiting to be found. Isaac and Eliza made a game out of finding them and reading them out to each other as they went along.

There is always time for a little toilet humour too!!

JORVIK Viking Centre first opened in 1984, but has recently enjoyed a multi-million pound re-imagining of the centre and re-opened back in 2017.

You enter onto a glass floor, showing a recreation of the archeological dig on the site, complete with some timbers from the original find and a Viking on hand to tell you what you are looking at.
From here you board a gentle ride experience which takes you through a working viking village, with the sights, sounds and of course, smells, of the Viking-Age, with a mix of real actors and clever animatronics.

When you hop off, it is into the gallery experiences with precious Viking artefacts in glass displays to admire and the chance to own your own piece of Viking history by having your very own coin cast.

There was only one display the kids wanted to see……….the Viking poo!

It was actually quite interesting as examination under the microscope shows it contains pollen grains and the remains of cereal bran. The poo also contains the eggs of a nasty parasite, which would have caused this particular Viking an upset tummy.

Sadly, we ran out of time to visit these as we arrived quite late into York thanks to a road closure, but these exhibits look fascinating too.
Located on the York Walls on two of the iconic Bars are The Richard III & Henry VII Experiences where you can discover the history of Richard the Plantagenet King, and Henry the Tudor King through interactive displays, presentations and exhibits, as well as an exclusive camp at each attraction.
See the impact these two Kings had on the city of York, and discover the hidden details of their reigns, including key battles and moments that took place during their rule.

The Jorvik Pastport gives you discounted entry to all five attractions and costs £55 for a family of 4, or £60 for a family of five and is valid for one year from the date of purchase. They can also be purchased individually if you prefer.

For more ideas of things to do in York with kids, head over to bestthingstodoinyork.co.uk.

Have you visited any of these attractions in York?