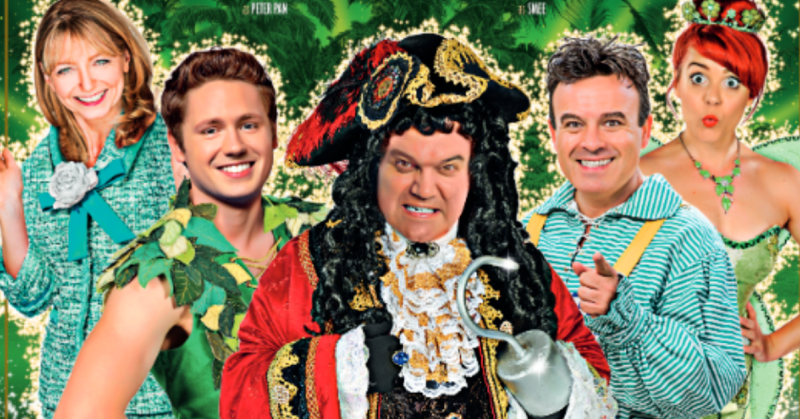 Review: Panto is back in Bournemouth with Peter Pan – The Return of Captain Hook

We are big fans of the theatre and pantomimes are always a big thing for our family at Christmas, in fact, we really missed them last year.

Thankfully, this year, they are back and we were invited to review Peter Pan – The Return of Captain Hook at Bournemouth Pavilion.

The excitement in the packed theatre was palpable and we couldn’t wait for the show to begin.

There was a hush as the show started and we were introduced to characters, new and old. As the show was set many, many years after the defeat of Captain Hook, it falls to Wendy’s social media mad great-granddaughter to travel to Neverland to help save the day, after Captain Hook manages to find his way back from a deserted island, to seek revenge on Peter Pan.

I don’t want to spoil it for those who haven’t seen it, but this is Panto back with a bang, with jokes galore – for all ages, slapstick comedy thanks to the brilliant pirate gang played by The Nitwits and of course music and dance. In fact we all remarked that the songs sounded like they were being sung on the West End stage.

For traditionalists, there were plenty of “he’s behind you” and “oh no he isn’t” and “boooooooo” moments for the kids to shout along to, plus the obligatory ghostie and ghoulie song we all know and love.

Sadly there was no opportunity for the kids to be invited up on stage, but instead a massive sing-and-dance-long which the whole audience was expected to join in for and an incredible flight by Peter Pan over the audience.

Peter Pan – The Return of Captain Hook is on until 2nd January at Bournemouth Pavilion. With galleons of fun and laughter, fantastic flying effects and possibly the hungriest crocodile you’ll ever see, join the adventure this festive season and pop along to see the Christmas Tree Wonderland afterwards. Tickets and group bookings available from bhlivetickets.co.uk

Disclaimer: We were invited along to the press launch of Peter Pan – The Return of Captain Hook. All thoughts and opinions are our own