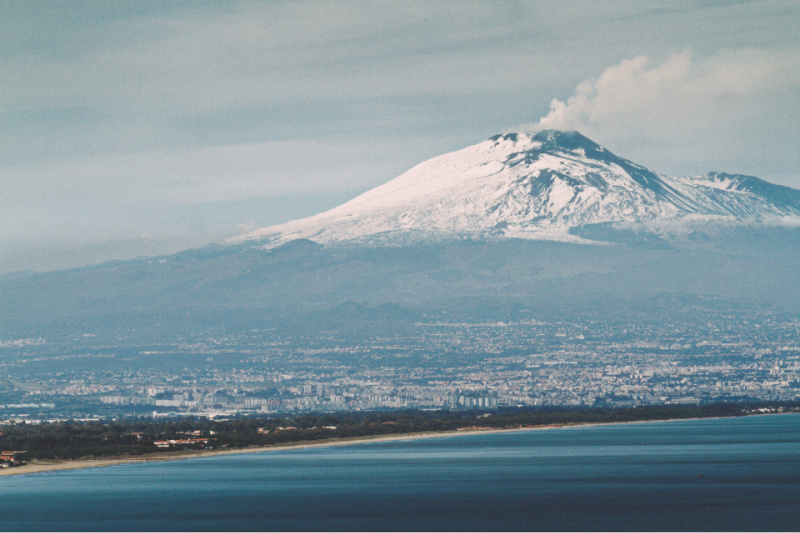 The Magic of Sicily

Sicily, the largest island in Italy and the Mediterranean Sea, is the remnant of a land bridge that once connected Europe and Africa. Because of this special position, between two continents, Sicily has been a rewarding destination for many peoples in the past. Over the years, many cultural monuments have been created and preserved on the island. Thus one finds ancient traces of the Greeks, Romans, Arabs, Normans, and also the Spaniards. And all these incredible places are surrounded by beautiful beaches with crystal-clear water. So, why not choose a seafront villa for your next holidays?

The magic of Sicily is enriched by numerous archaeological finds that testify to the ancient origins of Trinacria (as the ancient name of Sicily), such as the Valley of the Temples at Agrigento and the fabulous floor mosaics in the Roman villa at Piazza Armerina. The multifaceted landscape ranges from gentle hills to the “mountain of the mountains”, Etna, Europe’s largest and most active volcano. It is the ruler of the Island, its power is omnipresent and an absolutely imposing elevation. The Northern coast of Sicily is characterised by impressive cliffs, while the south has rather flat sandy beaches. Sicily, the pearl in the Mediterranean, is blessed with all the benefits of nature, which can be enjoyed especially well on various hiking trails. A tour along, among others, the coastal hiking trail in the Zingaro Park offers the visitor a wild and romantic mountain landscape with a multitude of bays directly on the turquoise blue sea. But also, the first-class Sicilian cuisine should not be ignored. It is based on recipes from a great culinary heritage, with great care taken to use local products that are offered in the rich and beautiful Sicilian markets. A trip to Sicily is like a journey of nature and pleasure that fascinates all the senses.

Catania: The Daughter of the Etna

On your round trip over the beautiful island of Sicily, you also should visit Catania. It is worth a visit. Since its foundation in the 8th century B.C. Catania, the “daughter of Etna”, has been destroyed and rebuilt several times by earthquakes and volcanic eruptions, the last time in the 18th century as a baroque planned city with spacious streets and elegant squares. It is not for nothing that Sicily’s second-largest city is considered the “Black Pearl of Etna”. Enzo Bianco, the mayor of several legislatures, had promised a lot, not kept everything, but he has driven in stakes to make the underestimated cultural and university city more interesting on an international level.

A popular meeting place in the heart of the old town of Catania is the Cathedral Square (Piazza del Duomo). Around it is the Duomo (Cattedrale di Sant’Agata), the Town Hall (Palazzo Municipio, 1693-1731), called “Palazzo degli Elefanti” because of its façade decoration; the Archbishop’s Palace and the former seminary. The elephant (Fontana dell’ Elefante, 1735), which dominates the centre of the square, is the focal point and a much sought-after photo motif. It is the symbol of the town.