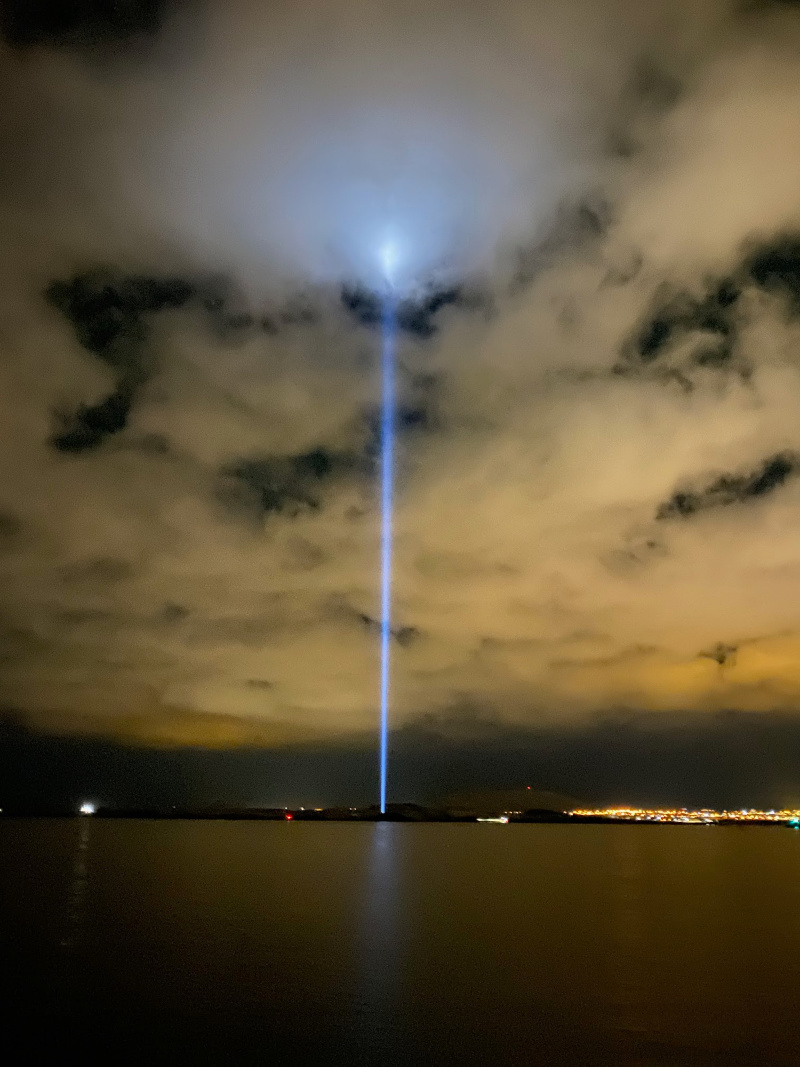 Seeing the Northern Lights is something that eluded us during our visit to Lapland, so when we booked our holiday to Iceland, we looked into various tours that would give us the best chance of seeing them.

Northern Lights are best displayed under dark, clear skies, so you need to be away from city lights. There are both coach and boat tours available and we decided upon a Northern Lights Cruise with Elding.

Obviously, it needs to be dark to see the Northern Lights, so it is worth bearing that in mind if you plan to see them with young children, as the boat doesn’t leave Reykjavik Old Harbour until 9pm.

Elding is a whale watching boat and you enter the boat through their museum, complete with the huge skeleton of a Minky Whale.

There is a small waiting area where the kids can take part in fun activities before boarding the boat.

Once on board, there are plenty of heated cabins for you to sit, one with a small cafe area, or you can sit outside. Thermal suits are provided at no extra cost and children under the age of 12 are required to wear a life jacket.

The journey out of the harbour takes around 15-20 minutes to Faxaflói bay, which is nice and sheltered so there is not too much boat movement.

One of the first things you spot as a giant tower of light, reaching into the night sky.

The Imagine Peace Tower is an outdoor art work by Yoko Ono which was erected on Viðey island in 2007 in honour of John Lennon’s memory. It is lit every year on October 8, and it illuminates the sky until December 8, the date he was assassinated in 1980. The tower symbolises Lennon and Ono’s fight for peace and we found out that there are time capsules buried below it that will be opened on John’s 100th birthday in 2040.

Throughout the 2 hour tour, the knowledgable tour guide is talking to you about how and why the Northern Lights occur, whilst looking for the first glimpses in the sky. It all got a bit much for these two though!

Sadly, after two attempts to see them, the clouds stubbornly refused to disperse so we didn’t get to see them, but if the lights fail to make an appearance, Elding offer you the chance to try again, as many times as needed (within two years) to catch the show – at no extra cost! We did manage to spot some bioluminescent krill in the wake of the boat though.

I would recommend checking out auroraforecast.is/ before you travel as they not only give you a weather forecast, but also an Auroral activity forecast.

This video from Elding was taken the day we arrived in Iceland – if only we had a booked our Northern Lights Cruise for that day!!

Have you seen the Northern Lights?