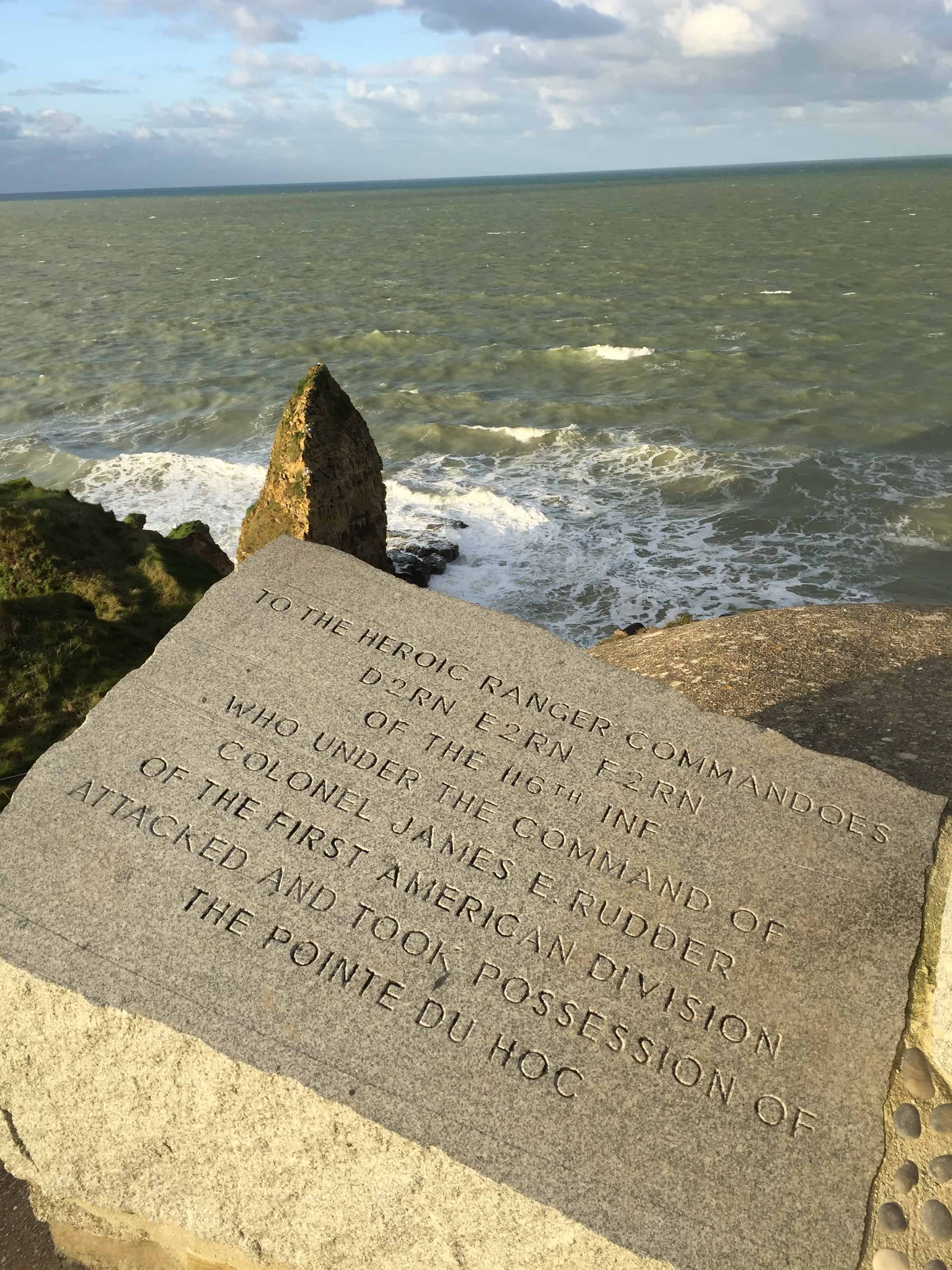 Our Visit to the D-Day Beaches

It has been a poignant few weeks with the anniversary of the D-Day Landings on 6th June 1944.

Back in February we visited Normandy, staying at a gorgeous family friendly gite, which was the perfect base for going tank hunting and exploring all the sites that were hugely significant during World War II. Top of Hubby’s wishlist to visit were all the beaches where the landings took place and I have to admit that even though the kids didn’t really understand the significance of where we were, they were happy to play whilst we looked at memorials etc.

The first beach we visited was Utah Beach, which was the first of the two American landing zones on D-Day. As soon as we arrived we were struck by the importance of the location as it had several memorials to those lost, as well as the Utah Beach D-Day Museum.

The children loved exploring the memorial of the landing craft before running up and down the sand dunes to burn off some energy.

I can imagine it must be a stunning beach to use in the summer, with a huge area of sand to sit, take in the view and enjoy a picnic.

Between Utah Beach and Omaha beach is Point De Hoc, which although not a beach is the home of a significant landing area and has probably the most visual signs of battle of all the coastal areas we visited. Pointe du Hoc is a promontory with a 100 ft cliff overlooking the English Channel and is the highest point between Utah Beach to the west and Omaha Beach to the east.

This landscape is covered with deep craters from the bombardments on D-day as well as lots of bunker clamber inside and see what life was really like for the troops that served.

Our next stop was Omaha beach which is the second beach from the west among the five landing areas and probably the most famous as it was depicted in the film Saving Private Ryan.

Omaha is beach is also home to the most modern of the memorials we saw, which was commissioned by the French government to commemorate the 60th anniversary of the D-Day Invasion Of Normandy. It represents three elements: The Wings of Hope, Rise Freedom, and the Wings Of Fraternity. In the centre there are seven stainless steel columns and a group of five columns that curve upwards, two columns stand upright, with the tallest reaching 30 feet and stainless steel wings gracefully stand on both sides.

You can even book a guided tour of this beach and the long promenade but there was enough information around to please my curious husband and teen. The kids just enjoyed the beach for what is was and were soon collecting mermaid purses shells and seaweed, some of which came home with us.

The third beach along from the West is Gold Beach and five miles wide and a British landing site. At the western end of the beach was Arromanches, the site for the Mulberry Harbour which even now is one of the most impressive sights I have ever seen.

Mulberry Harbours were artificial harbours made up of about 6 miles of flexible steel roadways that floated on steel or concrete pontoons. The roadways were codenamed “Whales” and the pontoons “Beetles”. The ‘Whales’ ended at giant pier heads that had ‘legs’ that rested on the seabed. The whole structure was protected from the force of the sea by scuttled ships, sunken caissons and a line of floating breakwaters some of which can still be seen today.

Just being stood by a gigantic caisson made you understand just what a huge feat of engineering this had been.

The next beach along was Juno which was the responsibility of the 3rd Canadian Infantry Division to take. Here you find bunkers to explore, sadly only open in the summer, as well as a huge Canadian memorial and a museum.

The Centre pays homage to the 45,000 Canadians who lost their lives during the War, of which 5,500 were killed during the Battle of Normandy and 359 on D-Day.

The final beach of our tour saw us visit Sword Beach which is farthest to the east of the landing beaches and about nine miles to the north-east of the vital city of Caen and was less than ten miles from Gold Beach and four miles from the start of Juno Beach.

Although each beach had memorials on different scales, this was probably the one that had the least, although driving along the coastal road there are memorials every few hundred yards. This was the kids favourite beach as it had a small pier under which they found literally hundreds of shells of all different shapes and sizes.

I arranged this visit for Hubby and Kian, who are really interested in this period of history and came away with a new-found respect for all those who fought in the war all those years ago, including my own relatives. The younger ones were full of questions and really enjoyed the visit, although I am sure that being able to run around on a huge sandy beach probably helped too.

If you are thinking about taking the kids to visit Normandy with a young family, don’t be worried they will be bored – simply allow time for them to explore too and you will have a happy medium. We found out so much about our local area too and suddenly all those place names and memorials that we drive past every day make sense!