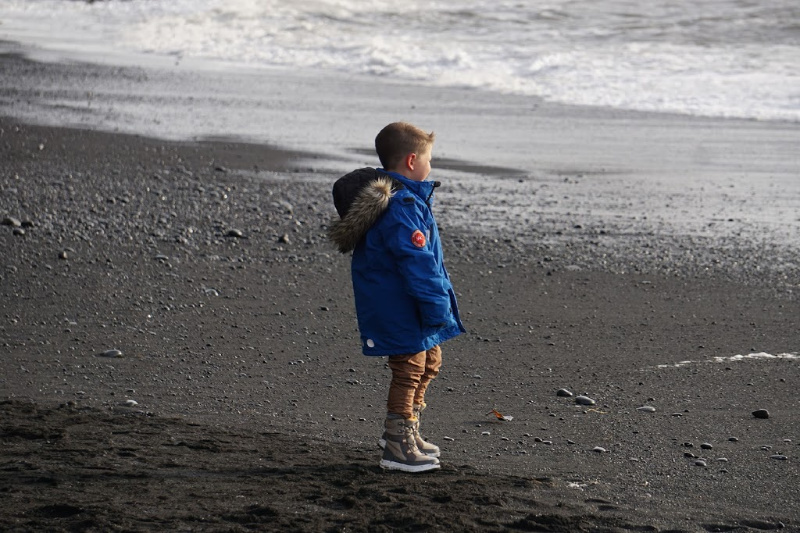 We toyed with the idea of hiring a car during our visit to Iceland, but decided instead to take arranged coach tours to some of the sights we wanted to see.

We actually used two companies and our first excursion was with Reykjavik Sightseeing, on their South Coast Classic Tour.

We were collected at our nearest bus stop to our apartments and taken to the main bus station, where we picked up our coach and met our tour guide, Alex.

It was raining when we left Reykjavik and I have to admit that we didn’t get much of a view of the lava fields out of the windows as we headed south as we had to endure thick fog and cloud covered mountains. Thankfully, Alex checked the weather before we left and moved our excursion around so we would get the best of the weather in each location.

We were each given tablets which followed our route and gave us information about each location we drove through as we headed along the route, but Alex made the journey more fun with interesting anecdotes and Icelandic folklore and stories of trolls.

There was excitement as we headed past the glacier-capped Eyjafjallajökull Volcano, which was the cause of all the air traffic chaos of 2010 and onto the our first stop – Reynisfjara Black Sand Beach.

Before we got off the coach, Alex warned us of “sneaker waves”, a disproportionately large coastal wave that can sometimes appear in a wave train without warning, especially on the Atlantic coastline.

I am so glad he did, as we witnessed a few tourists get caught out by some rather large, but unexpected waves. The trick is to see where the footprints end and not stray beyond that point.

Reynisfjara is considered to be the most beautiful example of Iceland’s black sand beaches, with its enormous basalt stacks, roaring Atlantic waves and stunning panoramas.

The kids were more excited by the folklore tales which say that the large basalt columns were once trolls trying to pull ships from the ocean to shore. However, these trolls were dim and went out too late in the night; dawn broke on the horizon, turning the trolls into solid stone.

There is plenty to explore, with the cave being a real source of fascination for the kids.

They even attempted to do some sand angels – well who needs snow??

If you do visit this bit of coastline, do remember to wrap up warm as it is extremely exposed and windy.

From Reynisfjara, we then hopped back into the coach where we headed around the bay to the southernmost village in Iceland – Vík.

Alex was on form as he told us that the town of Vík lies directly south of the Mýrdalsjökull glacier, which lays on top of the Katla volcano which is overdue an eruption. The town has regular drills to evacuate to the towns church, located on a hill above the town, as such an eruption would melt enough ice to trigger an enormous flash flood.

The black beach continues here and from this side you can see all three basalt stacks in the water.

Vík is a small town with only has 291 inhabitants, but is the largest settlement for 70 km and has a large gift shop and three restaurants which offer great views of the beach.

We ate at the Víkurskáli Grill which was by far the best value and the perfect place to refuel before heading off to explore more of the south coast.

Read all about the second half of our South Coast Classic Tour here.