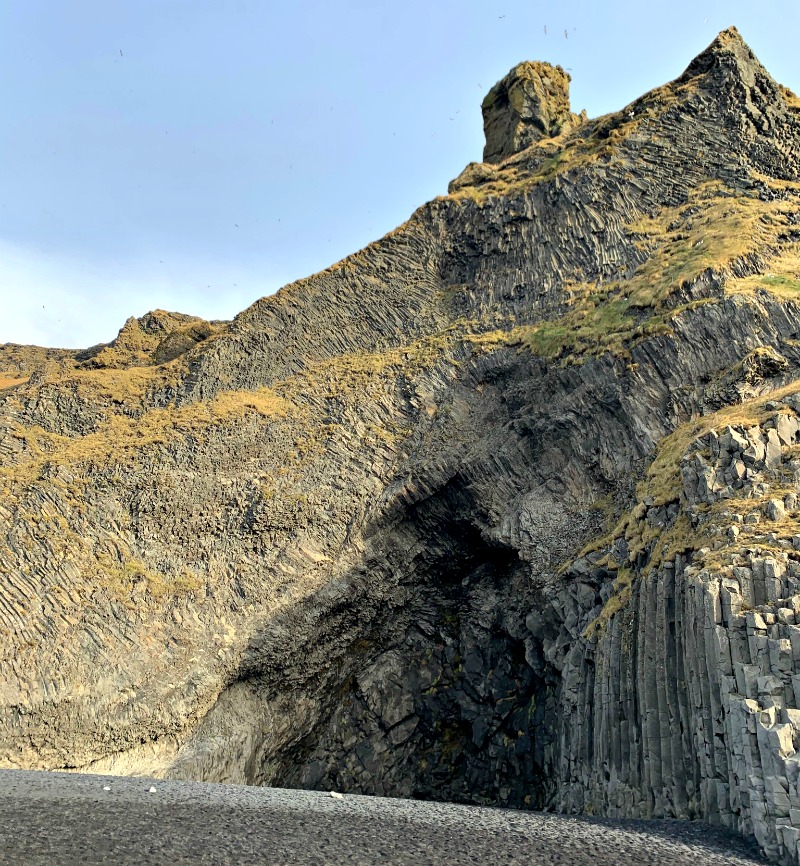 10 Must See Places to Visit around Reykjavik

Back in October, we headed to the destination that has been at the top of my bucket list since I started this blog – Iceland.

We stayed in a lovely apartment in Reykjavik, using it as a base to explore as much of Iceland as we could in 5 days.

We flew into Keflavík Airport, which is a short 20 minute transfer to the Blue Lagoon, making it the first stop of our holiday, even before we had seen our apartment.

It was the perfect start to the holiday and really whet our appetite of what was to come for the rest of our stay.

Our Top 10 Must See Places to Visit around Reykjavik

Prior to our trip, I was worried that the Blue Lagoon was going to be packed, but October is out of season in Iceland and I was pleasantly surprised by just how quiet it was.

If you are travelling to the Blue Lagoon with children, it is worth noting that kids under the age of 9 have to wear arm bands, so it is worth warning them about this before you visit.

TOP TIP: Take your swimming clothes in your cabin bag as large luggage needs to be left in the luggage house.

You cannot visit Reykjavik without doing the Golden Circle Tour, which is broken down into three locations:

Þingvellir National Park is located in a rift valley where the Eurasian and North American tectonic plates meet.

You start the tour at the Hakid viewpoint, but make sure you walk down the footpath which leads down into the great Almannagjá fault, which marks the boundary of the Mid-Atlantic Rift, which runs through Iceland.

TOP TIP: Be prepared to walk some distance to be able to see as much of the park as possible.

Gullfoss is one of the most famous waterfalls in Iceland and cascades 32 meters down a canyon in two stages.

There are two main viewing areas, one over the top of the first smaller drop and another further down the canyon, close to the second larger drop.

TOP TIP: Wear waterproofs even on a dry day as the spray from the falls will get you wet.

The geysir geothermal area is home to the Iceland’s most active geysir – Strokkur, which erupts approximately every 5 minutes

Walking through the geysirs makes you feel like you are on another planet and we could have watched them for hours.

TOP TIP: Wear hiking boots or shoes with a good grip as it gets very muddy and icy in places

Possibly the most famous black sand beach in Iceland, it has huge troll-like jagged basalt sea stacks that emerge from the sea.

The massive basalt-column cave is a sight that simply takes your breath away.

TOP TIP: Beware of the “sneaker waves’ – disproportionately large coastal wave that can sometimes appear in a wave train without warning, especially on the Atlantic coastline and have been known to catch tourists out!

Sólheimajökull Glacier is a picturesque glacial tongue extending from the Myrdalsjökull glacier which covers the Katla volcano.

If you are not travelling with small children, I would definitely recommend booking a tour that takes you up closer as we would have liked to see more.

Although not as large as Gullfoss, Skogafoss is a very impressive waterfall at around 62 m high and 25 meters wide.

There are two main viewing areas, one at the top of the waterfall which means a steep climb involving 527 steps and one at the base, which gets you up close to the plunge pool.

Our final stop of the South Coast Tour was Seljalandsfoss. Another waterfall, it isn’t as powerful as Skógafoss, but it is higher, at 65 meters tall and in the summer you can walk around the back of it.

TOP TIP: Wear waterproofs and strong sturdy walking boots as it is very icy in places and you will get sprayed by the water.

In Reykjavík itself, the main landmark is Hallgrímskirkja Church, which has a tower that can be seen from almost everywhere in the city,

The church has a very striking look and with the pillars inspired by the fascinating shapes and forms created when lava cools into basalt rock and for a small extra charge you can head to the top for stunning views over Reykjavik.

Just a short stroll down from the church is the stunning Rainbow Street.

The rainbow street in Reykjavík is a sign of joy and support for diversity and leads down to the main Laugavegur High Street where you can find all the best shops and restaurants and eventually the Harpa Concert Hall.

Reykjavik itself is a fairly small city and can easily be explored on foot, however, we opted to take a City Sightseeing Tour, which shows you some of the hidden gems.

Have you visited Reykjavik, are their any hidden gems I have missed?